by Sculpture To Wear Gallery 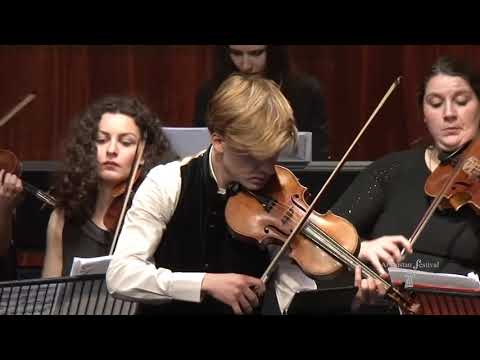 The setting: Cannes Film Festival 2021- nothing to alert the media, There's plenty of Eye Candy on the red carpet here, just another handsome man looking exceedingly dashing walks the crimson aisle in a well appointed tuxedo. Wait! Something is different! This look is different, a show stopper or at least cause for a pause. What’s this amazing artwork placed upon his face?  A sculptural spectacle?  Stopping red carpet traffic at Cannes is a feat in itself – well done Yury!

When only a cliché will do – A true contemporary Renaissance man of music, film and philanthropy- a young Russian-Austrian violinist and composer armed with his 1709 Stradivari “Princess Aurora”, Yury Revich astonishes the audience with his mastery of classical music (some self-composed). For any aficionado, this seems reason enough to be satiated, yet, Yury Revich seamlessly adds another creative par excellence layer to his litany of extraordinary accomplishments with his “EYE Jewellery”. One of his wearable sculptures “Infinite Sound Wave” is being featured in the current Bijoux D’Artistes de Picasso A Koons exhibition in the Grimaldi Forum in Milan through August. The incredible collection assembled since 1967 by Diane Venet has been traveling internationally for almost a decade with a catalog and features jewelry by some of the world’s most well-known 20th / 21st century contemporary ART Icons: Picasso, Alexander Calder, Jeffry Koons and now the most recent addition to the collection Yury Revich. The musician met Ms. Venet at lunch in Paris and the rest they say is history! Of the exhibition, Prince Albert of Monaco (from the other Royals) was definitive in his reaction to Yury’s works: “Fantastic”!

To be explored in another column, the idea that “jewelry as art” doesn’t hold the same status as fine art or doesn’t even seem to access the same arena, yet for centuries, fine artists have made wearable art for patrons, collectors and simply because they desired to explore. Diana Venet’s Calder necklace of copper wire was acquired at a price tag of $625,000, nothing to be ashamed of in any auction -fine art, jewelry or otherwise.

I’m not easily impressed. However, Revich had me at “hello”- after hearing his music, experiencing his performances, reading his biography and visiting his various websites, and our communication, it’s difficult not to be. He exudes an inexplicable depth and confidence beyond his years. “Full-blooded authority, fleet fingered dexterity, innate musicality and substantial accuracy”, says The Strad. We have yet to meet in person or even on Zoom. I’m not certain how it happened – I was on an IG “search ‘n swipe” and saw his glasses. WOW! Ok, no lenses – so they aren’t actually meant to help anyone see better, but, what are they?  Wearable art spectacles! This is definitely my world.  Yury elaborates:

“The reason I started to draw the “Eye Jewellery” is that I was very shy and introverted growing up. The best way for me to express myself was through music, but when it came to th visual world around me I always wanted to hide behind something. But, because I never needed actual corrective lenses, I wanted to remain authentic, so that’s why there are no lenses. These frames are a sort of protection and allow you to create your own infinite space.”

Just as some of the traditional fine artists did that came before him, Yury creates the idea, concept and design – yet he doesnt make them. The eyewear is actualized by master-craftsman, familiar with the pairing of gold, silver, gold plate, gemstones and even pinewood (to reference his violin) into one unique sculpture. This time, Yury is the conductor with a symphony of seasoned musicians making his artistic notes visible. The titles and descriptions are insightful and cerebrally inspired as in “Modulation of Lotus” and “Chained to the Rhythm” refers to the loud silences. “Catch Me if You Can” is flirtatious and “DARE to Wear” simply asks, Would you? An optician aids the collector with the eyewear sizing. Prices range $3,000-$8,000, take 6 weeks, and clients can integrate their own gemstones.

In addition to professional performance, Yury Revich is a passionate advocate for many charitable and philanthropic causes and refers to himself as a Humanitarian, an Eco-Conscious Musician and Artist. His short documentary about homelessness was especially touching. He co-organized a concert in Vienna in 2011 for the victims of the Japanese tsunami, he also organized the First Austrian Gala Charity "All for Autism" in 2015, which since then became one the biggest Autism Awareness events in Europe. Yury is the official partner of UNICEF Austria and hosts the annual Dreamland Gala for UNICEF in Vienna in Theater an der Wien as part of his “Friday Nights with Yury Revich” Concerts of Arts. In 2020 he was set to host the first "Dreamland with Yury Revich Gala for UNICEF Italy" in the Colosseum in Rome, but it was postponed until 2022. He records for Sony Classical.

Yury and I originally had plans to formally say hello in Milan this past May where I was participating in the over 100 events during Milan Jewelry Week in conjunction with ARTISTAR Jewels, and he was performing to more sold out audiences, but it was postponed until Oct. of 2022. We’ll meet then.

I hope he’ll create a special Sculpture To Wear framework for me. We can venture to Venice at Peggy Guggenheim’s Museum and try on Eye-Jewellry. I’m certain Peggy would be jealous… She loved her fantastic Eyewear and a making a spectacle in the artworld.  Written By Lisa M. Berman,

Keep updated on our news, events and promotions.

The page has expired. Please refresh and try again.

We inform you that this site uses "technical cookies" necessary to optimize navigation but also "third-party cookies". You can get more details and block the use of all or some cookies by viewing the extended information.
I WANT MORE INFORMATION